Bukayo Saka, Marcus Rashford and Jadon Sancho would have been heroes if the English had won but were attacked instead

The son of economic migrants from Nigeria had made it to the very pinnacle – standing on the pitch with the Three Lions patch emblazoned across his chest during the football-crazed nation’s most pivotal moment since 1966. If he scored, Saka would keep his nation’s hope of securing its first Euro 2020 championship trophy alive, and be celebrated among its football heroes.

He took two deep breaths as the weight of the moment and the wave of silence from the crowd collapsed in on him. Marcus Rashford and Jadon Sancho, Saka’s Black English teammates subbed into the match only minutes before it ended, failed to score on their penalty kicks immediately before Saka took position.

Saka, 19, pumped his young legs then darted toward the still ball. He kicked and launched it toward the lower right corner of the goal, hoping that it would hit the back net and send the English fans into a joyful frenzy. That dream was punched away by Italy’s diving goalkeeper, who sealed Italy’s win and sparked the racial nightmare experienced by the young man from London.

Saka lifted the top of his white English jersey over his mouth, alone, as the Italians rushed by him as they headed toward their goaltending hero to celebrate their second European Championship. A young man crushed by the weight of the moment, reduced to the reactions of a boy who covered his mouth and eyes with his hands – attempting, desperately, to escape the avalanche of shock, and then rage, that rolled over him in Wembley.

Football is dubbed the “beautiful game.” Yet, the sport can be as cruel as it is sublime. Especially for Black footballers such as Raheem Sterling and Rashford, Sancho and the fresh-faced Saka, whose belonging on the national team and the nation at large, in the eyes of too many, rests squarely on their ability to perform, succeed and score. For them, football is more mirror than escape from the societal racism surrounding the fields they play on – particularly high-stakes tournaments like the Euro 2020, when zealous nationalism infiltrates every pore of the game. 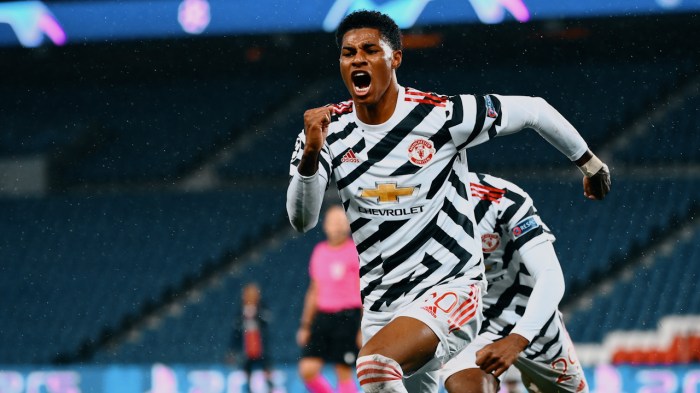 Millions familiar with the dark side of the sport, including myself, knew what awaited Saka, and his Black teammates who missed their penalty kicks, after the match.

For Harry Kane or Jack Grealish, two of England’s star white players, a missed penalty kick would have merely cost their side the match and subjected them to the storm of criticism from English media. But their whiteness solidified their status as irrevocable Englishmen in the eyes of the nation, while the Blackness of Rashford, Sancho and Saka called that very status into question after the match.

“Three f*****g n*****s missed! Stick BLM up my arse,” one English fan wrote on Twitter, exposing the ugly underbelly of anti-Black racism in the nation. The hate poured on Instagram too, marked by the familiar sight of gorilla, monkey and banana peel emojis left underneath the photos of three Black players.

The hate was not limited to online platforms. A mural of Rashford in Manchester was vandalized shortly after the match, with an image of a penis spray-painted over the mouth of the Manchester United star. The defaced mural, now restored, stood as a reminder that the racism targeting Black players is not confined to international football stages like the Euro 2020, but also follows them to their home cities and club teams.

As it typically does in England, anti-Blackness was also expressed in xenophobic terms. One man tweeted, “Go back to Nigeria,” Saka’s country of origin, while another jabbed, “Get out of my country.”

While the three Black footballers who proudly wore the English crest on their chests throughout the tournament alongside star striker Sterling contributed heavily to the host nation’s historic run, racists disqualified them as Englishmen when the magic stopped.

It was tragic to see the young Saka, who played his heart out for England, fall apart on the pitch and then have to face the barrage of racism beyond it. Many rushed to the defense of the Black players, including national team coach Gareth Southgate and teammates, and curiously, Prime Minister Boris Johnson, who has inflamed the xenophobia directed at the Black players.

This racial ballad of belonging and unbelonging that grips international football is not unique to England and its infamous fan base of hooligans. It is one that spills across Europe, where racial and religious minorities representing their nations on the football field are obliged to toe an existential tightrope where success – and namely, scoring – only offers fleeting balance. And with each goal, they receive a temporary respite from the racism and rage that percolates throughout political discourses of nations such as England and Holland, Germany and France. 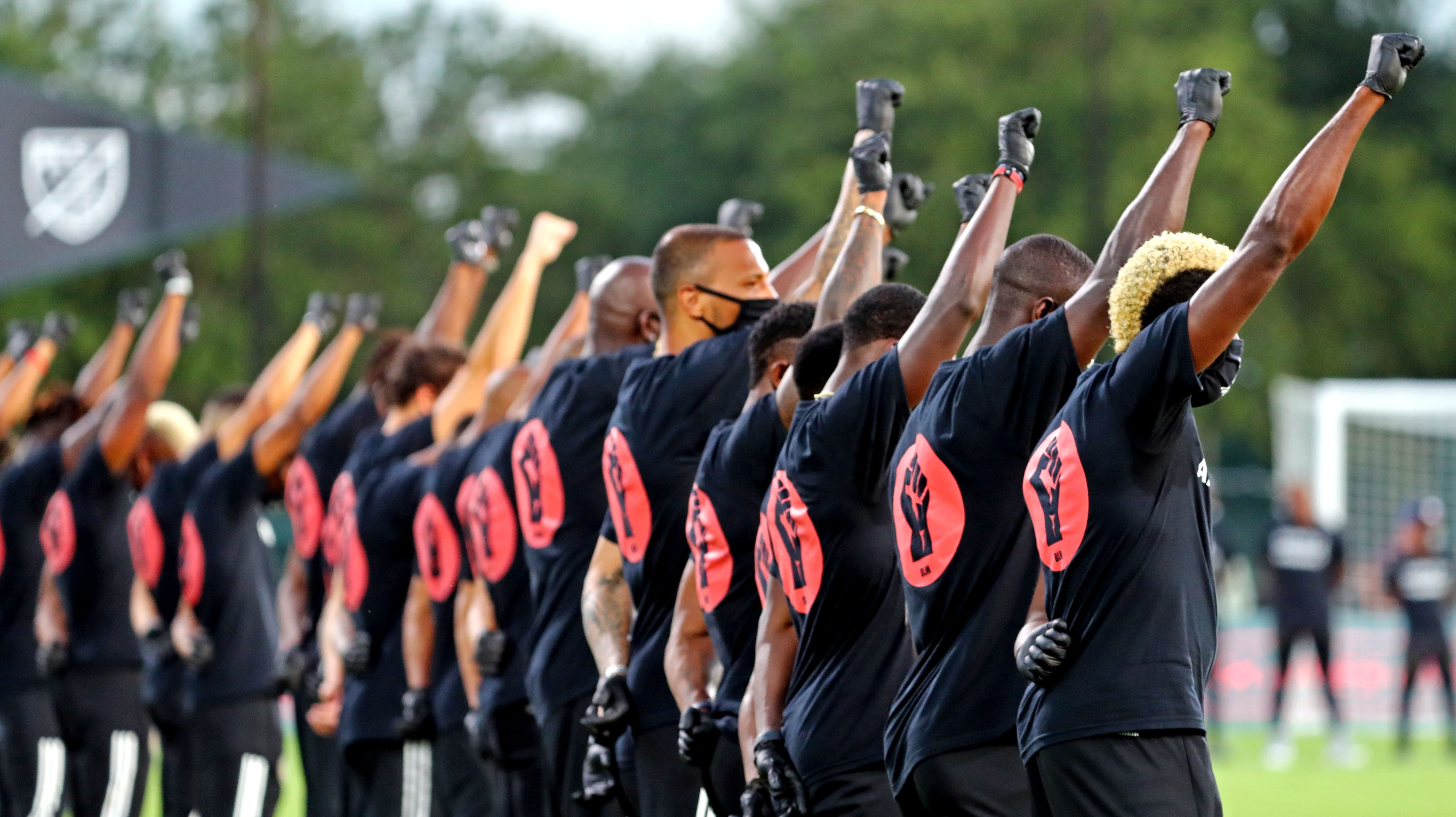 Soccer world is speaking up in America: ‘We are ready to make change’Read now

Facing the brunt of his nation’s anti-Islam bias, the French striker of Algerian origin Karim Benzema famously stated, “If I score, I’m French; if I don’t, I’m Arab.” Years later, after Germany was bounced out of the 2018 World Cup during group stages, the nation’s ire turned toward the team’s swelling corps of immigrant players, most notably star midfielder Mesut Ozil, who echoed Benzema, claiming, “I am German when we win, an immigrant when we lose,” before retiring from the German national team.

This is the sobering football formula for Black and brown, Muslim and Arab athletes who often rise from the furthest margins of their countries to represent it on the highest of sporting stages. “You’re one of us if you score, and we win,” goes the logic, commodifying footballers of color as assets who are lauded when they serve the interests of the nation, but condemned and cast from the nation when they fail to deliver for it.

The double-edged sword for Black and brown footballers suiting up for Germany, France or England comes with the anxiety that praise can quickly devolve into racism, and patriotism can mutate into white supremacy when they fail to put the ball in the back of the net. For a country singing “it’s coming home” all the way toward the Euro final – the final whistle did not mark the arrival of a championship trophy, but reminded everybody that the racism ravaging the nation had never left it.