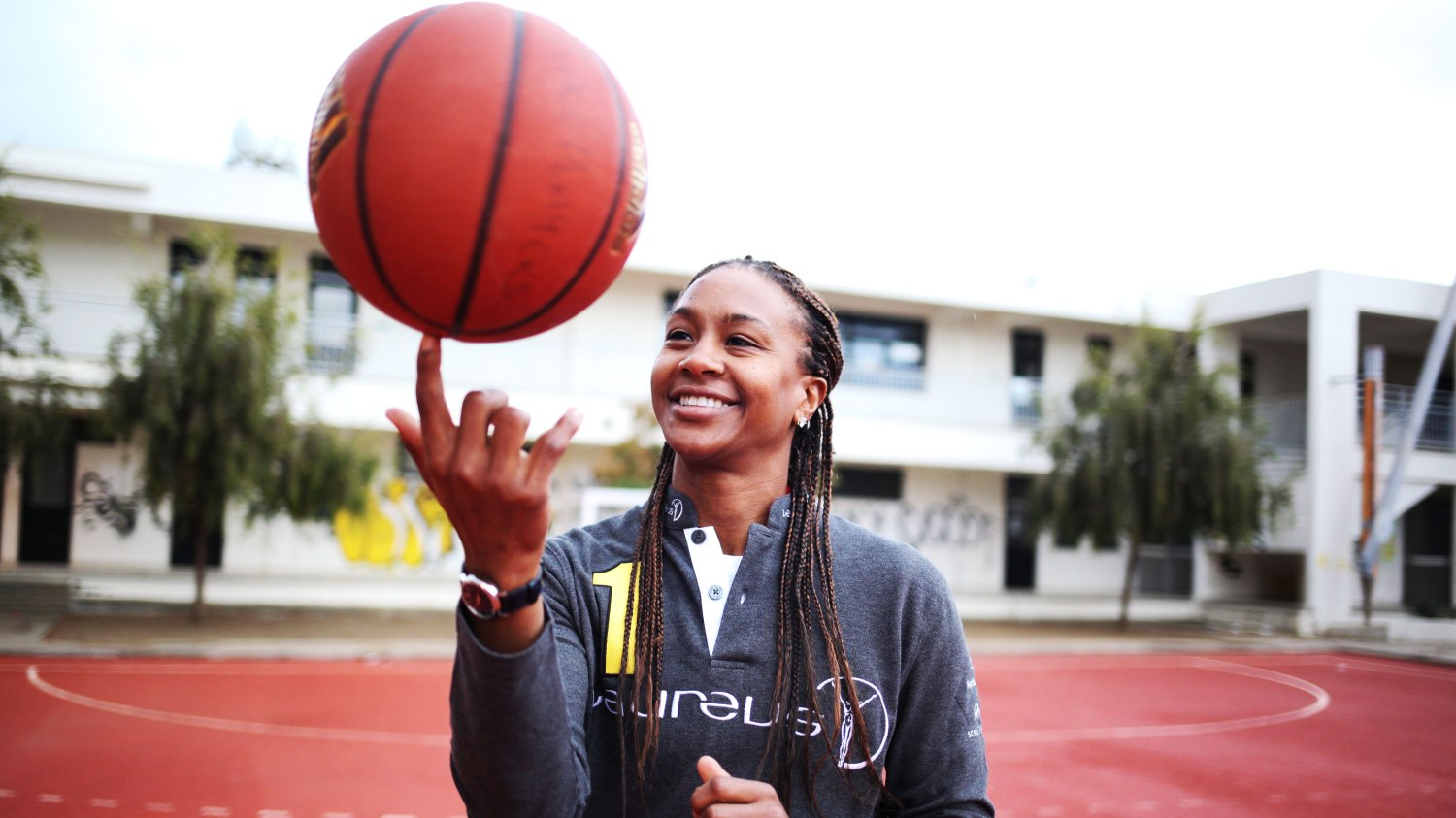 Former WNBA standout Tamika Catchings has advice for women entering the WNBA out of this year’s draft.

The 2001 No. 3 draft pick also posted a memory of the day she was drafted by the Indiana Fever, where she spent her entire 15-year career.

“DRAFT DAY! Every yr when @wnba #DraftDay comes I’m reminded of my @IndianaFever journey & how blessed I’ve been! To ALL of the 2018 draftees, enjoy this day & dwell in the emotions that 2nt will bring! I’m excited for u and ur paths 2 greatness #TheBestIsYetToCome!”

DRAFT DAY! Every yr when @wnba #DraftDay comes I'm reminded of my @IndianaFever journey & how blessed I've been! To ALL of the 2018 draftees, enjoy this day & dwell in the emotions that 2nt will bring! I'm excited for u and ur paths 2 greatness💃🏽 #TheBestIsYetToCome! 👐🏽👊🏽 pic.twitter.com/3U4Kc3iRB5

Catchings led the Fever to the 2012 WNBA championship and picked up the Finals MVP award. She holds four Olympic gold medals and is a five-time WNBA Defensive Player of the Year and 10-time All-Star. In 2011, Catchings was voted by fans as one of the WNBA’s Top 15 Players of All Time.

The next chapter for Catchings includes running Catch the Stars Foundation, where she helps prepare youths “to catch their dreams one star at a time”; enjoying her newly purchased tea shop, Tea’s Me Cafe; handling the daily operations as the director of player programs and franchise development at Pacers Sports and Entertainment; and speaking to young girls.

Just ahead of the 46th anniversary of Title IX (June 23), the WNBA champion answered the call to speak to more than 300 middle and high school girls at the Second Annual Girl’s Summit, in celebration of the historic act hosted by the Memphis Grizzlies, the National Civil Rights Museum and the Women’s Foundation of the Mid-South in March.

“Well, for me, the WNBA wasn’t around, and that’s one thing I told them,” Catchings told The Undefeated. “You guys have a prime opportunity because you have the WNBA to aspire to be in. You have all these professional sports that will give you options to pick. Maybe I don’t want to play basketball; I want to play soccer. I want to do tennis, or golf, or whatever it is. You have all these different opportunities that you can strive to be, and you have role models.”

One of the things that stood out for Catchings at the event was being able to work with the Memphis Grizzlies.

“They’re so passionate about what they do,” Catchings said. “It makes it easy to come in and fit in and be in alignment with the things that they have going on. It’s a lot of fun. And then, of course, being able to impact kids no matter what city they’re from. Changing lives is something that I want to do, and that I hope that I can continue to do.”

An outspoken voice for women’s empowerment and equal opportunities for young girls, the University of Tennessee standout joined with the other panelists, including women’s soccer Olympic gold medalist Angela Hucles and University of Memphis standout and now assistant coach Bilqis Abdul-Qaadir, and spoke about opportunities, networking and availability.

Diane Terrell, vice president of community engagement and executive director of the Memphis Grizzlies Foundation, was thrilled about the event and Catchings’ presence.

“Everyone knows Tamika Catchings because she was a UT basketball star,” Terrell said. “I think most NBA teams can easily forget girls. But, you know, everybody now is talking about sort of playing multiple sports. I think the timing is right for an NBA team to start acting around other sports opportunities other than basketball. We’ve always done clinics. But this is really about more than basketball; this is about access and opportunities.”

According to her LinkedIn profile, Catchings hopes to be a general manager in the WNBA or NBA.

“It is something that I have dreamed about since college. Throughout my career, I have constantly been observing and studying different GMs so that when my chance comes I can be successful.”

Catchings spoke about family, passion and transitioning out of basketball.

What inspires you to keep going?

The cares of today and realizing that we are basically setting up what our future will look like. Lord willing, I’ll have kids and be able to have positive role models for my kids to look up to. I take every single day and every opportunity that I have to go out and to be a positive force in a lot of our kids’ lives, boys and girls, is really, that’s what inspires me. That’s what keeps me going. That’s what drives me every single day — just to be able to make an impact and to help to see the light.

Who was your role model growing up?

My role models were, honestly, my parents. My father played in the NBA, so being able to watch him and travel around a lot and did a lot of things with him. That was kind of first and foremost for me. And my mom, she’s absolutely amazing. Just wanting to be more like them. ’96 Olympic team was the first team — by then, I was a freshman in college. That was the first true woman team that I saw. From that, from watching them, that was kinda like, ‘Man, one day I wanna be like them. I want to grow up, and I want to play for my country, and I want to represent the USA team.’ Having them to kind of follow, that’s what inspired me.

Was your dad the first person to put a basketball in your hand?

When did you first know that you had the “basketball jones”?

How do you feel being at the forefront of being a league that really prompted a huge movement centered around social justice?

Do you miss being on the floor?

How has transitioning into life after basketball been for you?

What is coming up with you?

Lord knows. I feel like I’ve been able to do a lot of different things. It’s cool to be able to live life, and learn, and channel and impact people. Coming in and out, kinda keep it moving.

What do you tell WNBA players transitioning out?

For the ones that are transitioning out, same thing. It’s kind of crazy. You hope that you’ve instilled a lot of things and have taught them a lot of things about what they’re going to be doing. Staying in contact with people. For us when our careers end, it really is about transitioning into another world and trying to figure out what that looks like. So hopefully you can figure that out while you’re playing so the transition is maybe a little bit easier.