As we prepare for the beginning of another college basketball season, the country’s top players will be ready to showcase their talents from the opening tip.

There are the names at the very top of the game who will surely lead the way in player of the year conversations. Elite talents such as Kentucky’s Rhyne Howard, Baylor’s NaLyssa Smith, Stanford’s Haley Jones and South Carolina’s Aliyah Boston will be front and center this college basketball season as their teams compete for conference championships or a national title.

This, however, is a collection of players whose games need a bigger spotlight, will climb onto your radar by the end of the season, are simply intriguing or whose excellence on the court makes them must-watch players we want to rave about that much more.

Two of the smoothest shooting guards in college basketball

When Ashley Owusu has the ball in her hands, you never quite know what she’s going to do — break someone’s ankles, send no-look pass to an open teammate, pull up. More times than not, it ends in a bucket for Maryland. Owusu has one of those games that you could watch all day. She’s such an athletic and strong guard who is one of the best in the nation at finishing through contact when attacking the basket. Combine that with her high basketball IQ and her ability to distribute the ball at a high rate, and she becomes a threat for the Terrapins on every offensive possession.

Maryland is a national championship contender this season and Owusu, the reigning Ann Meyers Drysdale Award winner, will play an instrumental role in any Terrapins run. Junior season loading …

One thing Zia Cooke made abundantly clear last season — when she is locked in on the floor, she cannot be stopped. She was electric in South Carolina’s matchup with Stanford in last season’s Final Four, finishing with 25 points and going 5-of-8 from 3-point range.

Between her ballhandling, the way she glides to the rim or rises for a pull-up jumper, Cooke has one of the smoothest games in the country. Gamecocks head coach Dawn Staley said Cooke has an appetite for wanting to be the best, and that translates when she’s on the court. 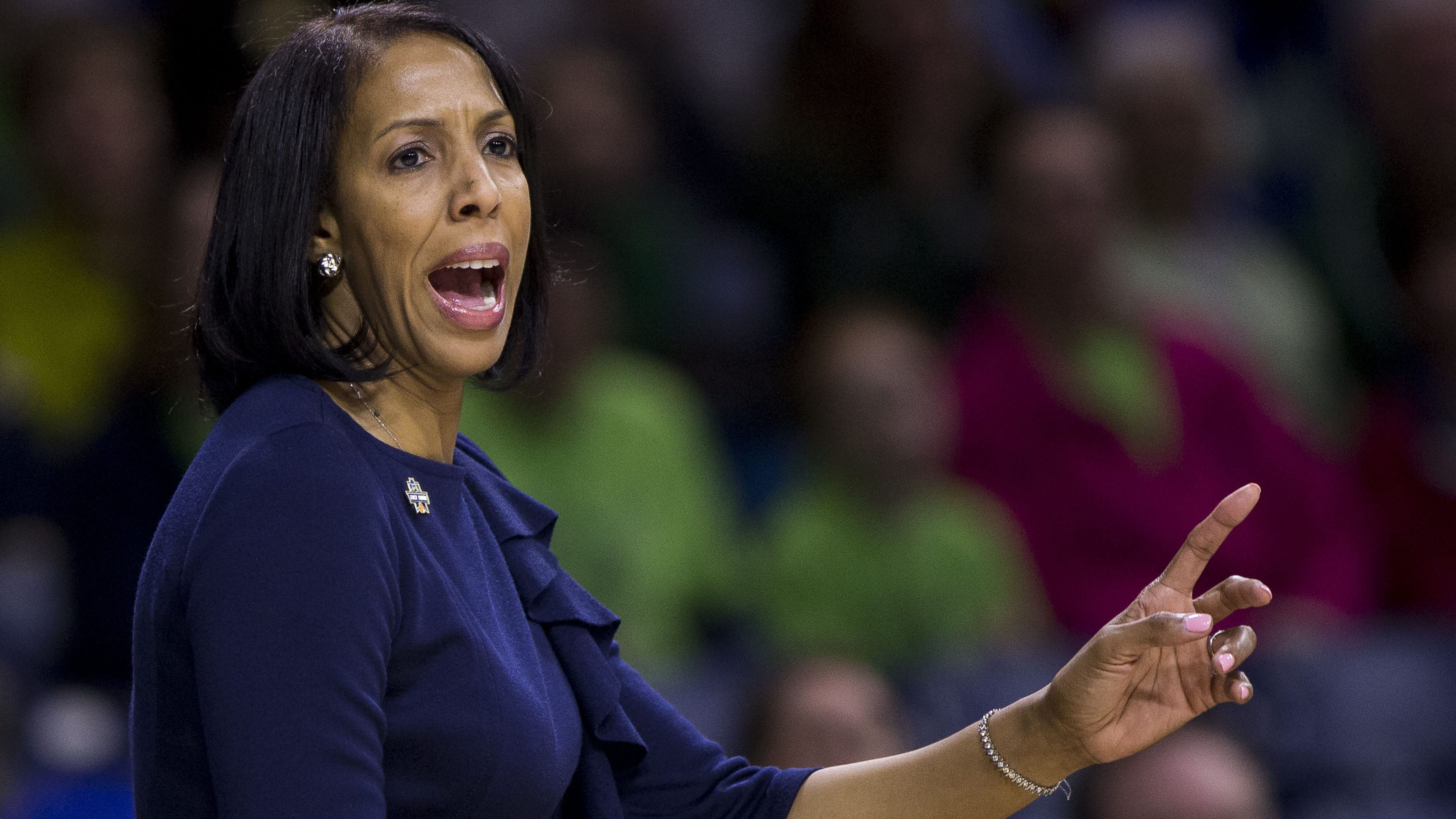 Black coaches are on the rise among NCAA basketball teamsRead now

Lauren Park-Lane is one of the most exciting players to watch in college basketball. The junior is coming off a season in which she made a giant statistical leap that led to her being named the most improved player in the Big East. Her most memorable outing last season was a 29-point, six-assist performance against UConn.

Park-Lane stands just 5-feet-6, but much of the success from her game comes inside the 3-point line. The Pirates point guard is so crafty with her handle and is absolutely fearless when driving to the rim. Last season, she averaged 5.5 free throw attempts per game. Park-Lane, who was named to the 2021-22 Nancy Lieberman Award watch list, could make another jump in Year 3.

As a freshman on often loaded UConn rosters, it’s not hard to be overshadowed.

It’s even easier when one of your fellow freshman teammates, Paige Bueckers, wins national player of the year. But on a team that made a run to the Final Four, Aaliyah Edwards was able to carve out her role and be a difference-maker for the Huskies. After UConn’s Sweet 16 victory over Iowa in which Edwards scored 18 points, head coach Geno Auriemma said, “We wouldn’t be here today if it wasn’t for her.”

The strength and physicality that Edwards provides the UConn frontcourt were crucial for their success last season. She can finish with her back to the basket, or facing up. As the team’s best offensive rebounder, she can also grab a board and score on a put back. Her play last season led to her being named the Big East Sixth-Woman of the Year. Edwards competed this summer at the Tokyo Olympics as the youngest player on Team Canada’s roster. What kind of jump she makes in year two with the Huskies will be one to watch.

Player from a mid-major to watch

When a player transfers to a new school, as Kierstan Bell did last season from Ohio State, there could be growing pains that come from learning a new system, playing for a new coach or adjusting to a new environment. That was not the case for Bell, the highest-rated recruit in Florida Gulf Coast University history, who put together the best season in FGCU program history last season and was named both the ASUN Newcomer and Player of the Year.

Bell does it all for FGCU. She can grab a rebound and get out in transition, take defenders off the dribble and has the greenlight from just about anywhere in the half court. With the help of coach Karl Smesko, Bell statistically was the most efficient player in college basketball last season. Smesko said with the trajectory Bell, who was fourth in the nation in scoring last season, has been on, she could project to be an eventual high first-round pick in the WNBA draft. 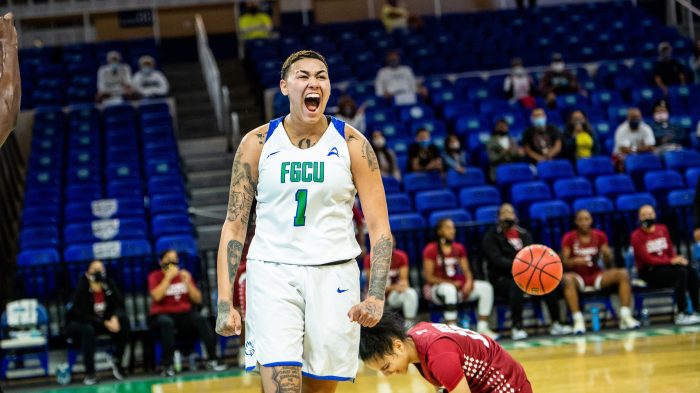 Player most likely to raise her WNBA draft stock

Veronica Burton is one of the best two-way players in the country. She immediately established herself three years ago as one of the better perimeter defenders in the game and has won Big Ten Defensive Player of the Year in back-to-back seasons. Last season, she led the nation in steals.

Burton also established herself as an equal offensive threat for the Wildcats, leading the team in scoring in 2020-21. Burton is an extremely steady and patient point guard who takes care of the ball, is really proficient in the open court, is a capable 3-point threat and fills up the stat sheet. Her line in an upset over No. 11 Ohio State last season: 20 points, 15 rebounds, nine assists and four steals. Yeah. With Lindsey Pulliam graduated, another jump will be required of the senior guard.

Burton had a great opportunity to further develop those point guard skills as a member of the USA FIBA AmeriCup team, coached by South Carolina’s Staley, which won gold in Puerto Rico with Burton as the starting floor general. 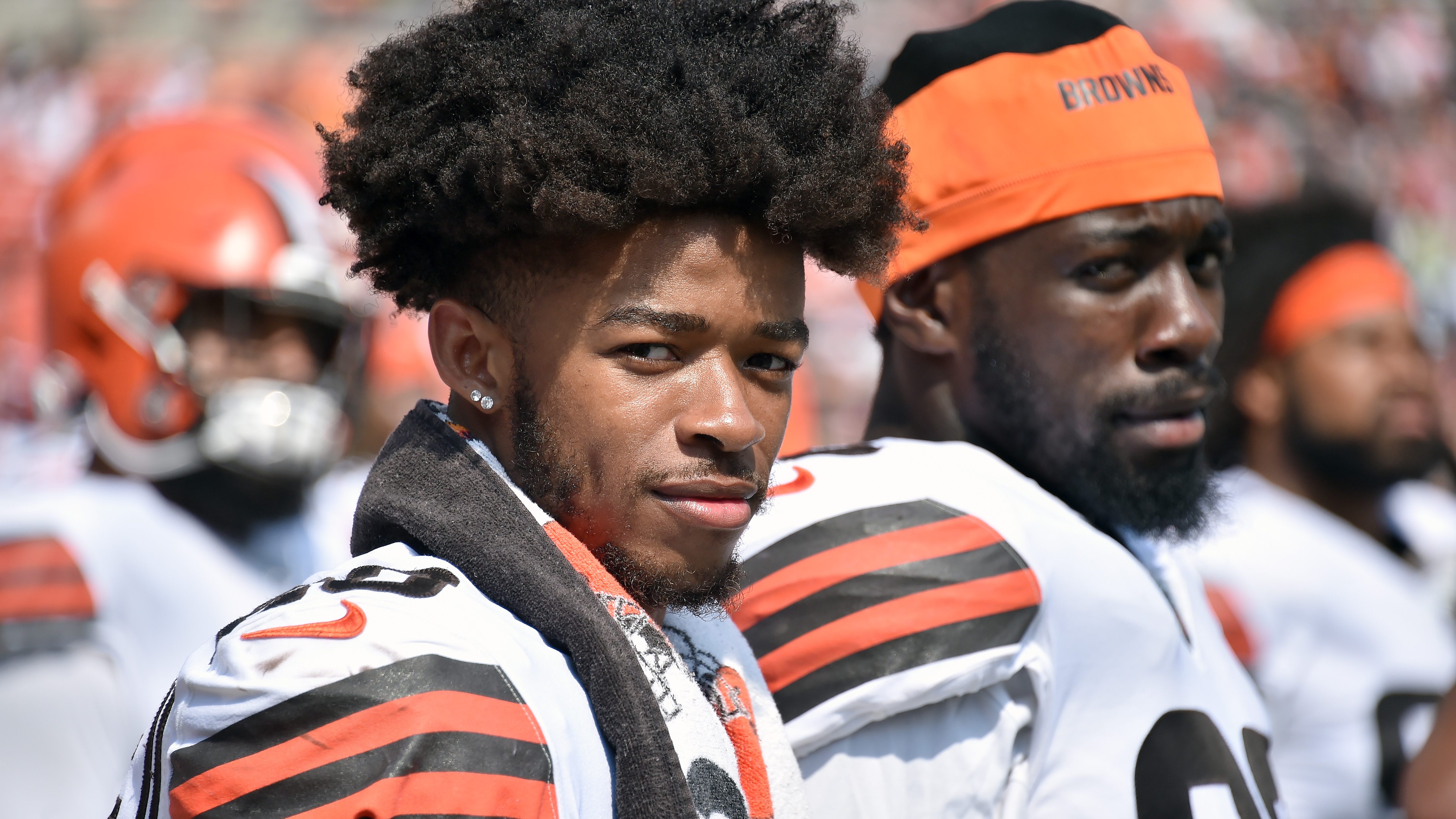 Eight games into 2020-21, Koi Love, then a forward at Vanderbilt, was on the verge of having a remarkable sophomore season. She started with three consecutive double-doubles, had 29 points in a win over VCU, 18 points and nine rebounds against SEC Goliath South Carolina and a whopping 32 points and eight rebounds against Kentucky. When the program discontinued its season in mid-January due to the coronavirus pandemic, Love was 25th in the nation in scoring.

Love will start anew in Tucson, Arizona, for a Wildcats team in need of her interior presence after the loss of Trinity Baptiste, who led the team in rebounding and was third in scoring a season ago. Continuing her development under the tutelage of Arizona coach Adia Barnes, in an environment where she can have an immediate impact makes Love a definite player to watch this season.

Coach Tomekia Reed has all the pieces in place for her Jackson State team to close the season atop the Southwestern Athletic Conference (SWAC) after finishing 18-6 in 2020-21 with a conference championship and its first NCAA tournament berth since 2008. The Tigers return both key players from last season’s team. Senior guard Dayzsha Rogan, the reigning SWAC Player of the Year, averaged 17.3 points and 3.6 rebounds for Jackson State last season. Also returning is the 2020-21 SWAC Defensive Player of the Year, Ameshya Williams, who pulled down the seventh-most total rebounds in college basketball a season ago. She’ll be joined in the frontcourt by University of Houston transfer Daphane White, a former five-star recruit.

Whenever a new head coach takes over a struggling program, the first few years of the transition can be rough. In Yolett McPhee-McCuin’s first season at Ole Miss, the Rebels won just nine games. In her second season, the team went 0-16 in the SEC.

In Year 3, McPhee-McCuin showed the promise of her program’s future. The Rebels won 15 games last season. They beat a ranked Kentucky team twice, upset Arkansas in the second round of the SEC tournament and would go on to finish second in the WNIT. This season, McPhee-McCuin has her eyes set on an NCAA tournament berth, which if accomplished would be the school’s first appearance since 2007.

McPhee-McCuin has assembled quite the roster for the upcoming season, as she returns the core of last season’s team, including star center Shakira Austin, and welcomes a pair of transfers in Angel Baker and Lashonda Monk who could help take Ole Miss to that next level.