Wrestling with public and private truths in the era of Trump

Pour a little out for facts

In the first days after Donald J. Trump won the presidency of the United States but not the popular vote, the president-elect continued his prolonged assault on truth.

Throughout his campaign for the presidency, Trump demonstrated a callous disregard for facts, making public statements that could easily be disproven with a simple “let’s go to the videotape.” For example, Trump claimed President Barack Obama subjected a Trump supporter and protester at a Hillary Clinton rally in North Carolina to harsh treatment, that he was “really screaming” at the man. In fact, the president called on the crowd to show the protester a modicum of respect because he appeared to be an elderly veteran. This sort of behavior was disrespectful at best and at worst dangerous, given how Trump has sown doubt, contempt, and flat-out hatred of the very news media that will (and frankly must) act as a check on Trump once he assumes the office of the president.

But after his win, Trump did something arguably more damaging than his penchant for repeating and retweeting statements that are patently false. He released his “New Deal” for black America to the online gossip site MediaTakeOut.

On its face, there’s the stinging insult of Trump releasing serious policy proposals to a site that traffics in rumors, innuendo, and illicit celebrity sex pics. There’s a message there, not just in how much Trump holds the news media in contempt (further confirmed by his refusal to follow basic press pool protocol), but that in his mind, black Americans in particular don’t bother with real news. This is Trump’s idea of meeting black Americans, the ones “living in hell” in inner cities, the ones with nothing to lose, where we are. Perhaps he’ll grant his next exclusive to World Star.

This move wasn’t just an insult, though. It was a purposeful and strategic gesture meant to further disrupt and upend the notion of what we know to be true. Trump was able to lie to his supporters with impunity by sowing distrust in news institutions and even in the concept of fact-checking. He benefited from the self-reinforcing news bubble his supporters created for themselves. In extending a branch to MediaTakeOut, Trump helps to legitimize a site of dubious reputation. Maybe MediaTakeOut isn’t InfoWars, but it certainly doesn’t have newsgathering standards that allow for the calling of balls and strikes, and that holds a certain appeal. Trump sees an advantage in working with gossipmongers he can manipulate — such as the National Enquirer, which paid for a story from a former Playboy playmate who claimed to have had an affair with Trump, and then sat on it. The Enquirer was also responsible for publishing multiple hit jobs on Trump’s primary race rivals. Its parent company backs Trump. If the president can lend credibility to institutions with a nebulous relationship to the truth and get others to buy into that credibility, it contributes to a society with a warped perception of reality. That is the recipe for subjective truth. As MTV News’ Brian Phillips wrote recently, “confusion is an authoritarian tool.”

The assault on truth continues, insidious and more sophisticated, as indicated by Trump’s decision to name Breitbart News executive chair Steve Bannon as his chief strategist. The move prompted The Washington Post’s Alexandra Petri to write, tongue in cheek, half-laughing, half-crying, “Give Steve Bannon a chance. It’s not like he’s literally Joseph Goebbels.”

Before Oxford Dictionaries declared “post-truth” the international word of the year this week, artist Hank Willis Thomas and his cohorts in the Cause Collective had been exploring the idea of objective truth with a traveling installation called The Truth Booth.

The Truth Booth is a 14-foot-high cartoon speech bubble that houses a video confessional. Though it’s traveled all over the world, Thomas and his collaborators, Ryan Alexiev, Jim Ricks, and Will Sylvester, decided to crowdfund the money to take The Truth Booth all over the country this year, from the Republican National Convention in Cleveland to the front lines of the Flint water crisis in Michigan, in hopes of hitting all 50 states before Nov. 8. Everywhere they went, ordinary Americans would enter The Truth Booth and record a two-minute response to a prompt: “the truth is …”

They heard stories about Americans’ economic struggles and their anxieties, as well as uplifting triumphs over adversity, with testimonials ranging from lighthearted to deeply personal to inspiring.

A post shared by In Search of the Truth (@insearchofthetruth)

A post shared by In Search of the Truth (@insearchofthetruth)

“The Truth Booth came out of the desire to democratize the truth by creating a platform for everyone to own it in an unrefutable way,” Thomas told The Undefeated in a phone interview earlier this year. “No one can take away truth. That doesn’t mean that they have to agree with my truth, and vice versa. The Truth Booth is this platform to elevate the voices of members of the public from all over the world. Everyone who enters it ends on an equal plane. At a time when the country is experiencing several truths all at once, I think it’s just really important to have a symbolic safe space. Like a modern-day confession booth for people to be vulnerable, to be constructive, and to represent what they really believe.”

If The Truth Booth was fundamentally public, with contributors knowing their video confessions would be seen by others, and that their faces would make them identifiable, its private counterweight this year was the voting booth, where Americans delivered a repudiation of Obama and all the change and challenges to white male dominance he and Clinton represented. In that sense, The Truth Booth wasn’t so much a confessional as a photo booth, a mechanism designed to present a curated, somewhat scrubbed version of oneself to the world. It raises questions about whether our public selves can ever represent the real truth, especially when the public selves in question belong to white people, who, from the rural working class to the college-educated and well-off, chose to install Trump in the White House. Our public selves are forced to reconcile and contend with the power of shame. Our private selves are not.

“If people followed the alt-right groups on Reddit, they would know that young white Americans were told to hide their support of Trump,” writer Siyanda Mohutsiwa tweeted in a postelection thread.

In hindsight, The Truth Booth’s form — that of a cartoon bubble — has come to represent something about the very nature of truth as it’s publicly disclosed. Maybe the two-dimensional cartoon version is as close as we can get. Photographs of Trump and his son peering into the voting booths of their wives on Election Day seem to confirm that uncertainty, as if neither of them were really quite sure their wives were being truthful about their support for Trump, and perhaps their real allegiances were in danger of being revealed on the ballot. The privacy of the voting booth allowed for an upending of social niceties in a way polls, which showed Clinton leading up to Election Day, could not. Those millions of private declarations in the form of votes for Trump have led members of marginalized communities — those who were on the receiving end of Trump’s most slanderous barbs — to wonder who among us would wish us harm, or at the very least, willingly shirk societal responsibility for protecting us from it.

“The truth is a contested state,” Thomas said. “A lot of it is inspired by what we’re seeing in the news and the media, where you just can flip channels from channel to channel, and you’ll have three or four versions of the truth about the United States being covered. How could something that is so contentious actually be also so fluid?”

As the media and the Democrats continue to make their way through a postelection autopsy, trudging from ignoring the white working class to fake news to declaring Clinton a “weak candidate” to voter suppression as causes for a Trump Electoral College win, it’s worth remembering that we’ve been here before — sort of. “Truthiness” now seems like the slightly more innocent, innocuous cousin to this new post-truth era, and truthiness is what got us into the Iraq War — that would be the war Trump said he was against before it began (he wasn’t).

Recent events have confirmed that what we’re facing now is far more sinister, and once again, that lives are at risk because of it.

The era of post-truth isn’t something we can laugh off uncomfortably when it results in a gunman shooting up Comet Ping Pong, a Washington, D.C., pizza parlor, because conspiracy theorists, including Trump buddy and InfoWars proprietor Alex Jones, falsely fingered it as the center of a pedophilia ring headed up by Clinton and her campaign chairman. Trump’s own pick for national security adviser, retired Army Lt. Gen. Michael Flynn, is notorious for sharing fake news and anti-Semitic messages on Twitter. Flynn’s own son was fired from the transition after sharing fake news of about Comet Ping Pong, that, it bears repeating, does not and never did exist.

It’s as if we’ve been plunged headlong into some sort of Orwellian existentialist goo, further confirmed by the words of Trump surrogate Scottie Nell Hughes, who proclaimed in an interview on The Diane Rehm Show that “there’s no such thing, unfortunately, anymore of facts.” 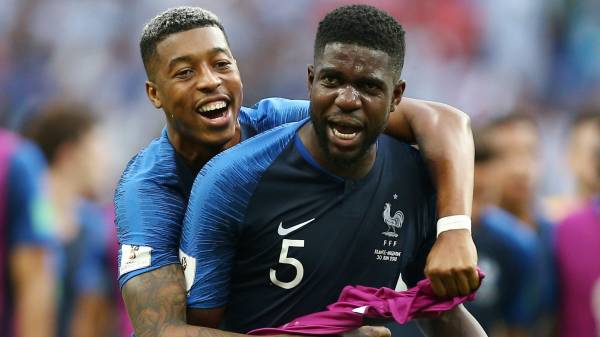 In 2005, well into our truthiness-colored post-9/11 world, filmmaker Errol Morris sought to remind us of something important, something that warrants resurfacing. “There is such a thing as truth, but we often have a vested interest in ignoring it or outright denying it,” he wrote. “Also, it’s not just thinking something that makes it true. Truth is not relative. It’s not subjective. It may be elusive or hidden. People may wish to disregard it. But there is such a thing as truth and the pursuit of truth: trying to figure out what has really happened, trying to figure out how things really are.”

What will become of us in this post-truth era, one in which Trump, his white nationalist sympathizer chief strategist, his attorney general deemed too racist for a federal judgeship in 1986, and their most ardent supporters have abandoned even that most basic and self-evident truth that all of us are created equal?

The disturbing uptick of postelection day hate crimes and public declarations of “Hail Trump” and “Sieg heil” suggest we’re about to find out.