Zach Randolph takes Grizzlies’ soul with him to Sacramento

In all NBA offseason activity, only one move represented a cultural shift: Zach Randolph leaving the Memphis Grizzlies to sign with the Sacramento Kings.

Other departures might take teams out of contention. With Z-Bo gone — and Tony Allen probably right behind him — the Grizzlies lost their soul. Randolph was the most physical player on a team whose primary trait was toughness. On the court, he stood up to Kendrick Perkins and DeMarcus Cousins and repeatedly took down Blake Griffin.

He also provided Memphis, Tennessee, with a respected citizen, from connecting with fans to rescuing a pit bull.

My definitive Z-Bo moment came in the visitors locker room at Oracle Arena, after the Grizzlies old-schooled their way to a victory over the new-age Golden State Warriors in the 2015 playoffs and Randolph broke down the appropriate musical soundtrack for the Grizzlies. “ConFunkShun,” he said. “Ohio Players.”

Randolph was a throwback, playing for a city that was time-delayed, where folks still drove around on 26-inch rims long after the rest of the country returned to standard wheels. It’s no accident that he got the first shout-out in the musical ode to the Grizzlies called “Swampball”:

Welcome to the Grindhouse, you boys about to find out/Why Z-Bo is our hero, y’all boys gonna need a timeout

Randolph and the Grizzlies showed it was possible to forge an identity without hanging any banners. There was something noble about the way they stayed true to themselves even though their ceiling was good, not great. Ownership consistently spent enough to give them a top 10 payroll the past five seasons. In the process, Memphis turned into a legit NBA market. It delivered some of the highest NBA Finals ratings of any city even though the only Grizzlies connection in the Warriors-Cleveland Cavaliers series was the one season Matt Barnes spent in Memphis in 2015-16.

The Grizzlies topped out at 56 wins in 2012-13, which was the year they made the Western Conference finals. The Spurs swept them in that series, the only time in a four-year stretch they didn’t lose a playoff series in seven games. Even in the sweep they took it to overtime twice. They were a tough out. There’s that word “tough” again. It seems to follow Z-Bo around.

The Grizzlies were distinctive and memorable even though they never made it to the NBA Finals.

In that regard they were like the “7 Seconds or Less” Phoenix Suns, only the Suns’ style lives on today thanks to the Golden State Warriors and Mike D’Antoni’s revival in Houston. Will we ever see another bruising, inside-oriented team like the Grizzlies?

The Grit-and-Grind style even fell out of favor in Memphis, where the Grizzlies rose to the middle of the pack in made 3-pointers last season after consistently residing at the bottom of the league in that category. The Grizzlies were already moving away from Randolph and his low-post game, turning him into a reserve for 68 of the 73 games in which he played last season. The $24 million price tag the Kings affixed to Z-Bo for the next two seasons made him unaffordable. Same went for the $8 million Sacramento is paying 40-year-old Vince Carter. There’s no point in paying old players if you’re no longer old school.

Grit-and-Grind had run its course. The Grizzlies won 43 games this year and 42 the year before, becoming the numeric representation of mediocre. It makes sense for the Kings to import Randolph and Carter because they’re trying to stabilize their franchise. Add in veteran point guard George Hill and their three first-round draft picks and the Kings don’t seem directionless anymore. It’s a welcome culture change.

Everything else this summer merely falls under the category of transactions. Paul George leaving the Indiana Pacers and Gordon Hayward leaving the Utah Jazz cost them their best players, but they didn’t fundamentally alter the team identities. George was actually one of the reasons the Pacers couldn’t forge an identity; he resisted attempts to move him to power forward so the Pacers could join the small-ball revolution. And the Jazz will continue to be scrappy fighters without Hayward — they just won’t land as many big punches. Hayward never felt fully connected to Utah anyway. He rarely stuck around in the offseason, and he tended to refer to the team in the third person, as if the Jazz were “them” and not “us.”

In Los Angeles, Chris Paul made the Clippers a perennial playoff team, but it was Blake Griffin who first made them relevant, and Blake isn’t going anywhere. CP3 going to Houston makes the Rockets better but not fundamentally different. 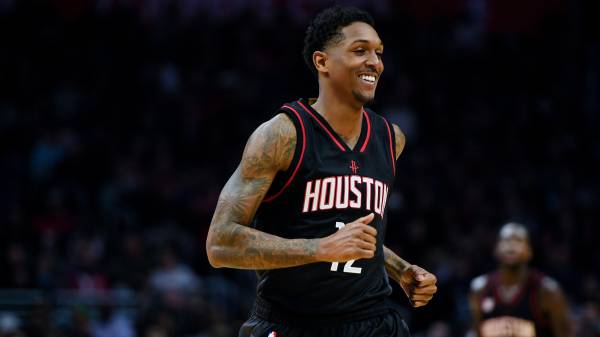 Losing Paul, Hayward and George hurts their old teams because they still have so much to give. Losing Zach Randolph hurts Memphis because he gave so much. Grizzlies fans don’t mourn missing out on what could be, they lament what they had.

“Zach helped establish what it means to play for the Grizzlies on the court and in the community, and in doing so helped forge an identity for our City,” the Grizzlies said in an open letter posted on the team website.

The flurry of activity in free agency has shown that it’s possible — easy, even — to rebuild a team or shed salary. Creating something that’s more than just a roster is more difficult. Zach Randolph and Memphis had a connection. Just try and find another one of those in the marketplace.