The star defensive tackle from Grambling State was selected No. 1 overall in the American Football League draft that year by the Kansas City Chiefs. He became the first black player from any college — HBCU or predominantly white — to accomplish that feat.

Buchanan, 6-foot-7, 245 pounds at the time, captured the eye of progressive Chiefs owner Lamar Hunt and head coach Hank Stram during a time when selecting players from HBCUs that high in a draft was a foreign concept.

But this was the fledgling AFL — the new kid with new ideas on the new block that went toe-to-toe with the more traditional and staid NFL. The year 1963 was a bellwether time in U.S. history.

President John F. Kennedy was assassinated that year in Dallas. A volatile climate of national racial issues was on the frontburner — from Dr. Martin Luther King Jr.’s iconic March on Washington to the assassination of highly respected NAACP leader Medgar Evers to the four black girls killed in the horrific church bombing in Birmingham, Alabama. Civil rights marches, especially in the South, were as common as hit records from Motown. 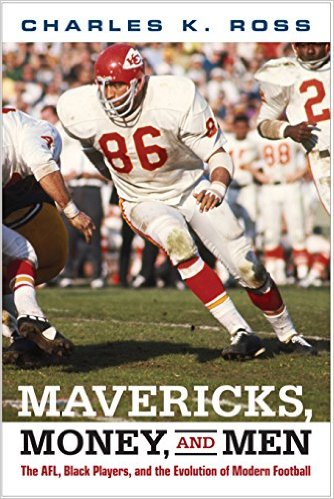 All of that made the Chiefs’ selection of Buchanan a bold, genius move on one hand but a major risk on the other. “Picking Buck Buchanan at that spot and at that time risked a backlash,” Dr. Charles K. Ross, chair of the African-American Studies program and associate professor of history at the University of Mississippi, told The Undefeated. “But Lamar Hunt kind of marched to the beat of his own drum. He was a different kind of owner. And Hank Stram was a different kind of coach.

“It would be fair to say that Lamar Hunt, in many ways, was the Branch Rickey of the AFL.”

Ross is the author of a recently released book titled, “Mavericks, Money, and Men: The AFL, Black Players, and the Evolution of Modern Football.” The book explores the undeniable impact that black players, especially those from historically black colleges, had on the development and rise of the AFL, from its inception in 1960 to the AFL-NFL merger in 1970.

Ross himself earned his bachelor’s degree from Stillman College, an historically black college in Tuscaloosa, Alabama, before completing his graduate studies at Ohio State.

AFL WAS DIFFERENT FROM THE START

From its embryonic stage in 1960 to the merger, the AFL was different. A phenomenon. A breath of fresh air compared to the mostly take-no-risk NFL, which had been hatched 40 years earlier. The fashionable AFL had players, such as Joe Namath, who wore those rare white shoes, and owners like the main maverick, Al Davis.

The NFL most assuredly couldn’t have co-existed with either one. The AFL was offensive minded, with prolific aerial shows the dominant theme. There was a reason Oakland Raiders quarterback Daryle Lamonica was nicknamed the “Mad Bomber.” AFL teams even stitched the last names of players on the back of their jerseys, a move that was frowned upon by the homogenous NFL at the time.

With that, don’t put homogeneity and AFL in the same sentence. The AFL was about personality and revolution.

Remember Otis Taylor in Super Bowl IV, the last Super Bowl before the AFL-NFL merger. He was the angular wide receiver from Prairie View A&M who caught a short pass from quarterback Len Dawson near the sideline, adroitly broke a tackle and scored on a 46-yard pass play to turn the game into a rout, 23-7 Chiefs over the powerful Minnesota Vikings.

Here is an excerpt focusing on Taylor in Ross’ book:

Taylor was a marvelous athlete. By now the NFL was well aware of the talent many athletes had at these small black schools. Taylor, who played at Prairie View A&M, ran with long strides, which allowed pro football a glimpse into its future at the wide receiver position.”

Before Taylor, pro wide receivers more often than not were 6 feet and under as their game hinged on speed. Taylor, however, was much bigger than most defensive backs and, with his huge hands and unmatched upper body strength, could out-muscle, out-jump and out-physical most out-sized defensive backs.

In showing the disparity in value placed on players from HBCUs when contrasting the AFL with the NFL, Taylor was the fifth player selected in the fifth round of the 1965 AFL draft by the Chiefs; he was taken in the 15th round (203rd overall) in the NFL draft by the Philadelphia Eagles.

It helped that the Chiefs employed a black part-time scout in the legendary Lloyd Wells, who, according to Ross’ book, had known Taylor since he was in junior high school. Wells, who went to Texas Southern, ultimately became the first full-time black scout in either league.

As for Buchanan, he was the No. 1 overall selection in the AFL (that’s why Ross put him on the cover of his book); he was the 265th player selected overall, by the New York Giants in the NFL. In the 19th round.

According to Ross’ book, Buchanan said he chose the AFL’s upstart Chiefs over the NFL’s cornerstone Giants “because I considered it an honor to be the first player chosen by the league. I thought it was very significant to have that honor, since I had played for a small black school. I was determined to prove that players from

small black schools could play in the big leagues.”

Taylor became a Pro Bowl player for the Chiefs, while Buchanan filled out to 6-8, 300 pounds in becoming an unblockable force on Kansas City’s defensive line; just ask the Vikings. He was inducted into the Pro Football Hall of Fame in 1990.

“At that time,” Ross explained, “the NFL wasn’t going to pick an HBCU player No. 1 overall in the draft.”

However, because of players such as Taylor and Buchanan, “The NFL could no longer be dismissive of the HBCU players.”

Enter Bob Hayes, the “Bullet.” Olympic sprinter in Tokyo. Gold medal winner in the 100 meters that landed him the label of “world’s fastest human.” Football player at Florida A&M. The Dallas Cowboys, one of the more advanced NFL teams in scouting and scouring the nation for “hidden” talent, selected Hayes during his junior season in 1964. Hayes, known moreso for his track exploits than football, joined the Cowboys in 1965; he was inducted posthumously into the Hall of Fame in 2009.

Brilliant sports columnist Ralph Wiley penned a poignant remembrance of Hayes for ESPN.com that year, writing: “As fast as he once was, I’m surprised Death caught Bob Hayes. Now I’ve got a high opinion of Death’s capabilities. But He must have tricked the Bullet Man, somehow. Only way to catch him.”

Most of those players listed above had a major impact on the Chiefs’ Super Bowl victory. Two of them —Kearney and Lanier — broke decades-old stereotypes.

“Back then,” Ross said, “black players weren’t allowed to play center or safety or middle linebacker, because they were considered the thinking-man’s positions.”

However, Kearney started at safety and Lanier at middle linebacker for the Chiefs, with the latter inducted into the Pro Football Hall of Fame in 1986.

Compare the Chiefs’ roster to their Super Bowl IV opponents, the Vikings, who had zero players on their roster from historically black colleges.

HBCU ATHLETES DOMINATED IN THE AFL

“In the AFL, every team had an identifiable black player from an HBCU in the 1960s,” Ross said.

All of them started.

But all wasn’t peaches and cream for the new game in town.

We witnessed that in 1965 when a group of black players led a boycott of the AFL All-Star Game in New Orleans. They protested the treatment they received upon arriving in the city, where many black players were rejected by cab drivers at the airport and were denied access to restaurants and other establishments in New Orleans.

“The AFL was much more sensitive to issues of race at that time,” Ross said.

In 1949, the NFL’s Los Angeles Rams signed undrafted fullback Paul “Tank” Younger from Grambling State, making him the first black player in the league from an HBCU. Younger also was the first black player to play in an NFL All-Star Game. After working in the Rams’ front office until 1975, Younger became the NFL’s first black assistant general manager, with the San Diego Chargers until 1987.

Younger played in the NFL until 1958, but the league was slow — just examine the aforementioned AFL-NFL draft disparities — in the subsequent years to FULLY legitimize the value of other talented prospects from historically black colleges. 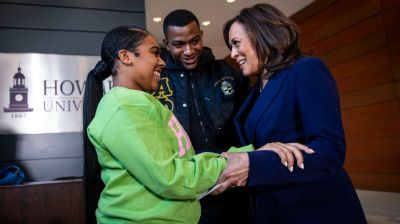 Kamala Harris’ road to the White House started at ‘The Mecca,’ Howard University

The university’s legacy instills a call to service, leadership and embracing Black excellence 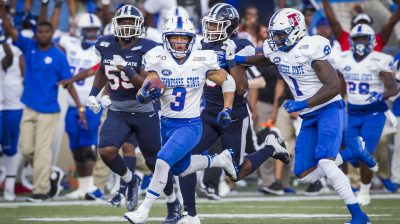 SWAC, MEAC begin practices for February start but will ‘shut it down’ if virus impacts teams 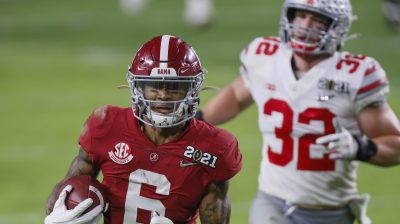