It’s been said that it takes a big man to be a true rebel. Enter one Cam Newton, the Carolina Panthers’ QB who is actually big and rebellious. Not to take anything away from Colin Kaepernick, but Newton may just be the bravest player in the NFL. Sure Kaepernick’s on-field protests during the playing of the National Anthem stood for something – the issue of African Americans’ disenfranchisement at the hands of law enforcement – that will be remembered for generations.

But know what else will also be remembered, argued about and mawed over for years to come? That after having the worst season of his pro career, Newton is now best known for his — how shall we say? — idiosyncratic postgame press conference fashion choices. His team, the formerly great Carolina Panthers, finished the NFL season on New Year’s Day with a shameful seat at the bottom of the NFC South. Newton’s 2015 NFL MVP Award and his exuberant dabbing celebrations seem like distant memories. After this dismal season, what image comes to mind when Cam’s name is mentioned? A glum-looking guy standing at a news podium dressed in a Broadway costume designer’s idea of a “chic” outfit. Glitter and feathers and fur, oh my! Worn by a pro athlete. A black pro athlete. Every single week. Now that’s brave!

Newton has always been a charismatic presence in a pressroom. Tall, handsome and extremely confident, Cam is now a bonafide master of the quirky fashion curveball. Before the Panthers’ soul-crushing Super Bowl 50 defeat to the Denver Broncos last February, his news conference clothes always revolved around one – and usually only one – blinged-out centerpiece item: a smartly tailored suit jacket in navy camouflage print, a brightly-colored pair of slip-on shoes done up in sparkles or spikes, or retro flourishes like leather floral boutonnieres. There was even a hallelujah moment when the Atlanta native wore a footlong foxtail clipped onto his skinny jeans. Pretty daring and fun.

This season, though, Big Cam took things all the way up. While his team was losing games to squads the Panthers had previously dominated and Newton was taking a pounding on the field, he showed up to his press conferences wearing outrageously flamboyant things bought, as my mother used to say, “somewhere out around Robin Hood’s barn” (that is not a compliment in Weldon, North Carolina, believe me). But let’s give a shout out to the man’s accessories closet, which is now legendary. There’s the custom ten-gallon hat collection that managed to out-do Pharrell Williams’ famous Arby’s topper, patterned scarves worn with Parisian flair, and a huge collection of Sunday-go-to-meeting shoes and sneakers. Newton wore beautiful suits, but he also sported oversized mimosa brunch cardigans and wife-beater t-shirts. Add the blond-tipped goatee and a pair of Mr. Magoo eyeglasses, and Twitter automatically had a week’s worth of hilarious “Your boy is tripping!” social media material.

Of course, Newton knew what he was doing. He’s as media-savvy, wily and self-aware as they come, and he surely could count on the social media dragging that was sure to come after every game. As the 27-year-old athletic prodigy fell deeper into the choking trenches of a very bad season (the Panthers finished with a disappointing 6-10 record), he hit back in the best way possible: by becoming a flamboyant dandy who could not be held or broken by anyone’s standards but his own.

But instead of cowering or playing it safe in an Under Armour tracksuit, Newton took agency in the way proud black folks can. He put on his big boy ruby slippers and dug in. You’d better believe there was method in the Newton madness. “Y’all gonna be mad no matter what I do, so I may as well give you something ELSE to be angry about,” seemed to be the thinking. Or something very close to it. So, the hats got bigger each week, the clothing mixes became more eccentric (a favorite was his slave-in-a-cotton-field get-up) and the look on Newton’s face? Just a beat shy from being a shade-throwing eye roll.

Beyoncé may have said, “Best revenge is your paper,” but Newton spiraled that lyric into the proverbial fan. So thank you, Cam Newton, for the best sleight of hand postgame middle finger in NFL history. Can’t wait for next season. 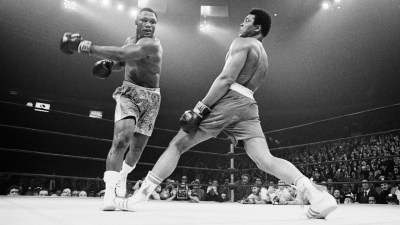 Ali-Frazier was more than a fight, it was part of my awakening as a Black man

As a college student, I was fighting to find my place in a changing world 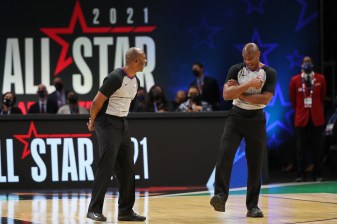 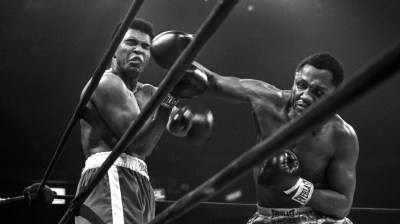 When Ali-Frazier made America choose sides

Fifty years ago, a boxing match captivated the world