“We started planning yesterday,” Jones said with a light chuckle. “We had meetings discussing this year’s classic and what we will do next year.”

This year, the football game saw more than 46,250 attendees. Tens of thousands more participated in tailgating and attended the annual community parade.

In Memphis, Tennessee, the Southern Heritage Classic presented by FedEx is one of the country’s most anticipated historically black college football classics. Since 1990, tens of thousands of fans have gathered at Liberty Bowl Memorial Stadium to see longtime rival schools battle for gridiron and band bragging rights.

Both schools border the Memphis area. They are nearly a three-hour drive from Liberty Bowl Memorial Stadium, one school east of Memphis, the other south of Memphis. The two faced off for many years, so the classic just gave the teams a bigger platform.

While thousands were outside the stadium, many were watching Tennessee State fall behind, 13-0. But the Tigers slowly caught up to Jackson State to pull off a 40-26 win and continue a four-game winning streak.

It was the 51st time the schools have played, but it was only Tony Hughes’ second game as Jackson State’s head coach.

“We knew that our wounds were self-inflicted,” Reed said of the early 13-0 deficit. “Our defense was playing great all night. Even when we were down by a couple of touchdowns, the defense was playing well. I knew that they hadn’t stopped us on offense. We drove the field. Once we got that under control, we started rolling. We had one bad snap. This is a huge game. You’re in here in front of 50,000 people; that isn’t a game that you play every day. Once we settled down and got the nerves under control, we did OK. God gave us the ability to win this one, and we will wait and keep praying for him to win for next year.”

Jones was pleased overall with everything about this year’s classic game. And on a scale of one to 10, he rated the entire experience around an 8½ or nine.

“Things just went very well,” Jones said. “I don’t think you’re ever going to get a 10, but there’s always something you see that you want to do different. You’re always trying to improve. Judging from social media posting, everything was just wonderful.”

Aside from the football game and the parade, the tailgate draws the biggest crowds.

“We are second to Magic City,” Jones said. “Magic City, I think, has the No. 1 position in terms of tailgating. I think that what the fans have created is something really special. They go all out. You can see the planning that goes into it. You see the joy that’s being exhibited. You don’t have to know anybody to be able to eat and enjoy. All kinds of music. It’s just a wonderful sight and I’m just glad that it has developed the way that it has, and it seems to be getting a lot of notoriety about it around the country.”

Jones’ favorite part of the weekend is the parade.

“It’s the parade only because it just takes me back to my childhood when I was in the band at Booker T. Washington High School here in Memphis. The joy I had in participating, I see the same joy in the participants here. It’s just a wonderful sight,” he said.

The capacity of Liberty Bowl Memorial Stadium is 61,008. Although it was no sellout game, Jones said he is pleased with ticket sales.

“I’m always pleased. Aside from the fact that you have to pay the bills and do the things you have to do, I’m more concerned in how we execute and how we put everything forward for people to enjoy,” he said. “All in all, everything went very well.”

A lot of time goes into the infrastructure of the weekend, and Jones said he wouldn’t change a thing.

“We have a formula that works. And what we want to be about is to continue investing time and effort into the product and how we can present it in the best possible way, and I wouldn’t want to change that,” he said. “You can’t beat it. They are already planning for next year.”

He said the most difficult part of preparing for an event as big as a classic game is planning.

“Probably the helter-skelter part of the process that happens in the last 10 days. You lay the plan out and it can take a lot of different turns. It’s like in the sports era. They have a game plan, but during the course of the game, the game plan changes, and you have to adjust to that,” he said. “You don’t have the next week to do a game. Our next game is next September. We have to get everything done in that window and sometimes, if that changes, it can be a little difficult.”

Jones said he’d like to see the classic go on forever, but in real terms he’d like to solidify the colleges’ participation. The classic currently has a contract with Jackson State and Tennessee State through 2019.

“We’re in preliminary discussions about through 2024. So we are already working,” he said. “At some point, I will step aside and my son and other members will take over. So we have a plan in place. We’d like to hopefully be like Magic City Classic, who is celebrating 75 years.” 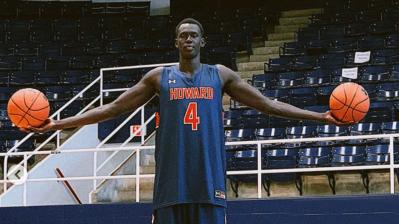 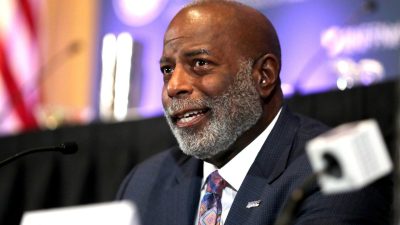 Instead of celebrating its 50th year as a conference, schools continue to opt out of competition 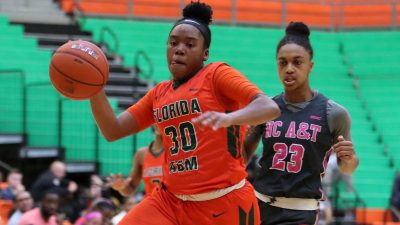 The Rattlers’ season was to start Nov. 25 vs. Florida State