‘Coach told us this is the last loss. No more losing for the rest of the season.’

“This game will be entertaining, but it won’t be close,” a man said while walking back to his seat.

If this were last year, when Howard University’s football team finished with a 2-9 record and 10th in the Mid-Eastern Athletic Conference (MEAC), maybe Kent State fan predictions would have been more accurate. Without a winning season in five years, the thought of Howard losing to Kent State by only seven points would have been laughable to some.

That is, until now.

Howard’s 38-31 defeat might still be a loss, but the team is proving it has the ability to compete with the best.

“I’m extremely proud of this football team,” coach Mike London said after Saturday’s game. “To go back-to-back FBS teams and play well, win one on the road, beating one at the very end and then another one, I’m proud of the players. Obviously, there’s some things we need to take care of and work on. But as far as the effort, energy, my 57 scholarship guys versus 80-something-plus, I’m proud of that effort. We got a lot to work on, it’s a hurt locker room in there, but at the same time, we’re very optimistic about where we are but also where we need to be and how far we’ve come.”

For answers to Howard’s new season, look to London, a former ACC Coach of the Year at the University of Virginia. And there’s also Caylin Newton, Howard’s true freshman quarterback who, even this early in his career, is proving he is more than capable of getting the job done.

If this were last season, maybe Kent State fans wouldn’t have a reason to sit with mouths agape, as Howard stayed on the heels of Kent State, caught up, took the lead then fell behind. All in a game that wasn’t supposed to be close.

But sentiments such as those are what Newton and his teammates use to fuel themselves and will continue to propel them throughout the season.

“We won’t lose again point-blank, period,” Newton said. “Coach told us this is the last loss. No more losing for the rest of the season. … Our whole motto pretty much is fight through adversity, so this is just one obstacle that we must fight through to go undefeated for the rest of the season. A lot of smaller schools don’t really believe they can win. And we believe in each other. A lot of guys, we build off of our struggles, so we fight for each other. There’s a lot of guys going through stuff, and we play for it. That’s our ‘why.’ It’s more than human strength.”

Although most fans doubted Howard would have a chance at an upset, by halftime the game was too close for comfort.

Attendee Jesse Carroll, decked out in a gray Kent State cap and sweatshirt, became anxious after Howard running back Anthony Philyaw broke for a 75-yard run to close the gap to 21-14 with two minutes left in the first half.

“I thought Kent State was going to blow them out,” Carroll said. “[Last week] was just a hump game for them. They look better this week than they did last week.”

But Carroll reconsidered for a few seconds before returning to the original notion that Howard would not come close to winning. “Final score? 35-14. I don’t think [Howard] is going to score anymore.”

In the third quarter, a 1-yard touchdown run by Newton gave Howard a 24-23 lead, briefly stunning the crowd. It was the team’s first lead of the day, and it remained that way until two touchdown runs by Kent State running back Kesean Gamble put his team back on top 38-24.

But Newton remained focused. With time running down, Newton’s 4-yard touchdown run with 3:16 left in the fourth quarter closed the gap. A failed Hail Mary pass closed the game out at 38-31.

Howard almost had it. But in football, almost doesn’t count. And the areas London hoped to improve upon going into this game remained a concern, including the 13 penalties for 114 yards Saturday.

“We’ll have to avoid all the penalties next week, but this is something we can bounce back off of and stay positive,” Newton said during a postgame interview.

“The penalties, in particular, seem like they were after long runs or after big chunks of plays, and you can’t have those types of things,” London said. “They come back and they hurt you, as you saw [Saturday]. That’s one of the things to eliminate. Being smart about what we do and how we do it and give us a chance to stay close and win a game like this, so obviously, we have to do a better job.”

Despite the missteps, Howard’s play in the first two games shows the team is one of the teams to watch in the MEAC this season.

“This team did not give up,” London said. “I wasn’t here last year, but I watched a team [Saturday] that went all the way to the fourth quarter with an FBS team, and they never quit. There’s a lot of positive things and, probably more than anything else, mindset. The mindset is incredibly positive with this team. We’re hurting, but we know that we’ve gotta get it corrected and move on to get that winning feeling back again.”

The Bison play at the University of Richmond (1-1) on Saturday. London coached the Spiders to the NCAA Division I FCS championship in 2008 before taking the head coaching job at Virginia in 2010. 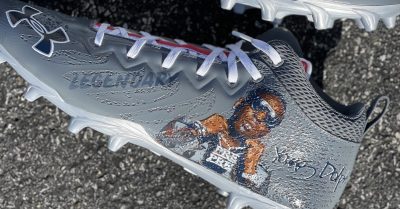 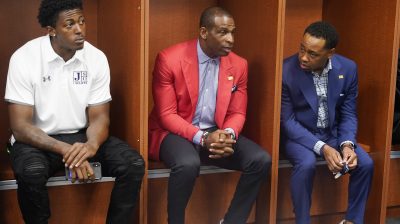 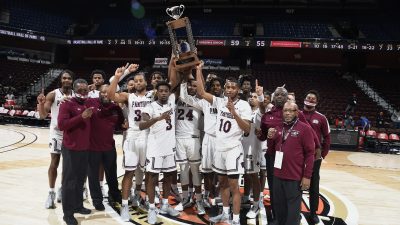