“My earliest memory of playing spades probably goes back to playing with my brothers, my dad, my stepmom, just sitting at the kitchen table, as a family, and they’re talking all kinds of junk,” Wade recalled, smiling. “My dad cheating, like cheating, he never lost, he never wanted to lose. And just sitting there and having a family moment. That was probably the most family moment I had, growing up just sitting down in one table. So it was great times.”

The game continues to be a big part of his life. Wade’s favorite spades partner is his wife Gabrielle Union — and he insists, “I’m not just saying that because we’re married” — but if he had to pick another person, it would be his older brother Demetrius.

“He was so good, like, he can count. I’m not good at counting the trump that’s played, but he’s good at exactly how many is played, who played what … it was phenomenal, we won a lot.”

Spades united his family and brought so much joy that Wade wanted to extend that to his NBA family. Two years ago, he decided the perfect place should be at one of the NBA’s most visible stages: All-Star Weekend. Popular sock brand Stance teamed up with Wade to co-host the annual event. Being the company’s brand ambassador and having close relationships with its staff, Wade said the partnership happened organically.

And it was an instant hit. Even in its infancy, the party has attracted A-listers, from his close friends Carmelo Anthony and Chris Paul to NBA legend Allen Iverson to the queen bee herself, Beyoncé. And that’s when he knew the event resonated.

Kobe Bryant and the power to control the narrative Read now 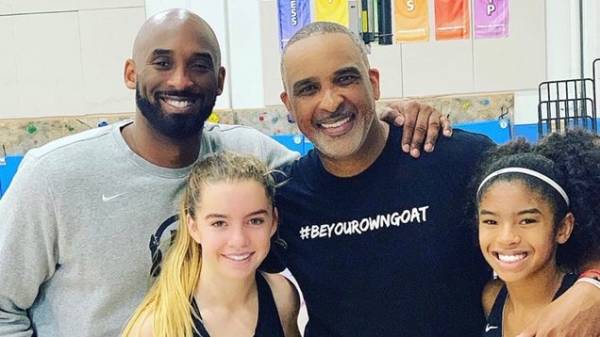 Working out with Kobe and Gianna Read now

“The first year, Beyoncé came. That lets you know. She graced the spades tournament, and we had a dope time.”

The party is meant to serve as a reunion and be for fun, but that doesn’t mean some of the world’s best competitors will take the tournament lightly. Wade said there’s organized chaos and playful arguments that always sprout up, and he names James Harden and Paul, last year’s champion, as players he looks forward to competing against.

This year, The Undefeated got exclusive access to the Stance x Wade Spades Tournament with Technology by Samsung. Watch our coverage of the event above to see all the stars who came and who ultimately left with the crown.

‘I Don’t Give a Damn’ with Domonique Foxworth: Conference Championship

Birth of a dream