For RJ Barrett, playing in the NBA is a chance to create his own legacy

From having an international basketball player — his father, Rowan — raise him to having two-time NBA MVP Steve Nash as a godfather, RJ Barrett has always been connected to successful basketball careers. Even after he left high school as the No. 1 player in the country, his five stars couldn’t outshine the highlight plays of Zion Williamson during their time at Duke.

The Undefeated’s senior NBA writer Marc Spears sits down with Barrett, who is projected to be the No. 3 pick in the NBA draft, as he prepares for a chance to create a legacy of his own and hear his name called by commissioner Adam Silver at the draft. 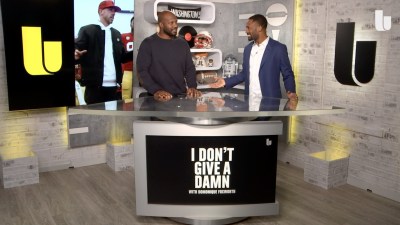