View from the Hilltop: Episode 3

Opening games against Michigan, Marquette show there’s a lot of work ahead for Howard

More From This Series

When Howard University coach Kevin Nickelberry decided to have his basketball team open the season on the road at Michigan and Marquette, he did so with a purpose: With 12 returning players, including the nation’s leading scorer, Nickelberry assumed the Bison would have a chance to win at least one of their first two games.

But guard James Daniel, the top scorer in Division I last year, got hurt two weeks before the start of the season. Then his backup, freshman guard Kai Tease, suffered a fractured left foot. That left the team under the guidance of redshirt junior Ausar Madison, a walk-on who had not started a game since his freshman year.

Shorthanded at the most important position on the floor, winning against opponents from the Big Ten and the Big East became a bit more daunting.

In Episode 3 of View from the Hilltop, the Bison embark on their first road trip of the season. Despite the injuries, the team approaches the opening games with confidence. Freshman guard Charles “CJ” Williams expresses no fear as he prepares for his first college game, but ends the weekend realizing there’s a lot of work to be done to be a successful college player. 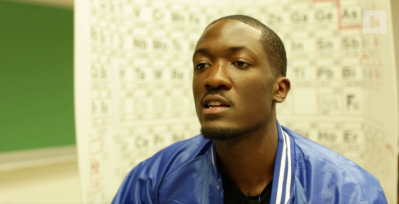 View from the Hilltop: Episode 6