View from the Hilltop: Episode 6

More From This Series

People associated with Howard University view themselves as being at the equivalent of an Ivy League school compared with other historically black colleges and universities (HBCUs). That attitude gained renewed support when a recent Wall Street Journal survey named Howard as the top HBCU in the country and the only one to earn a spot in the overall top 100 colleges.

Two student-athletes on the men’s basketball team, Solomon Mangham and Kofi Andoh, have made tremendous sacrifices to manage academics and sports. Mangham, whose father went to Howard, is a business major whose GPA has never fallen below a 3.7. Andoh, who is preparing for a career as a pharmacist, is balancing basketball with the demands of being a chemistry major.

The current two-week stretch of finals — in which the players juggle exams and basketball — is a stressful for time for all student-athletes.

It becomes even more stressful when real life is added to the equation. 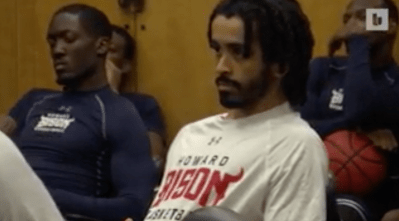 View from the Hilltop: Episode 3

Opening games against Michigan, Marquette show there’s a lot of work ahead for Howard