Now the Sixers sit on the edge of elimination

By Justin Tinsley @JustinTinsley
May 5, 2018 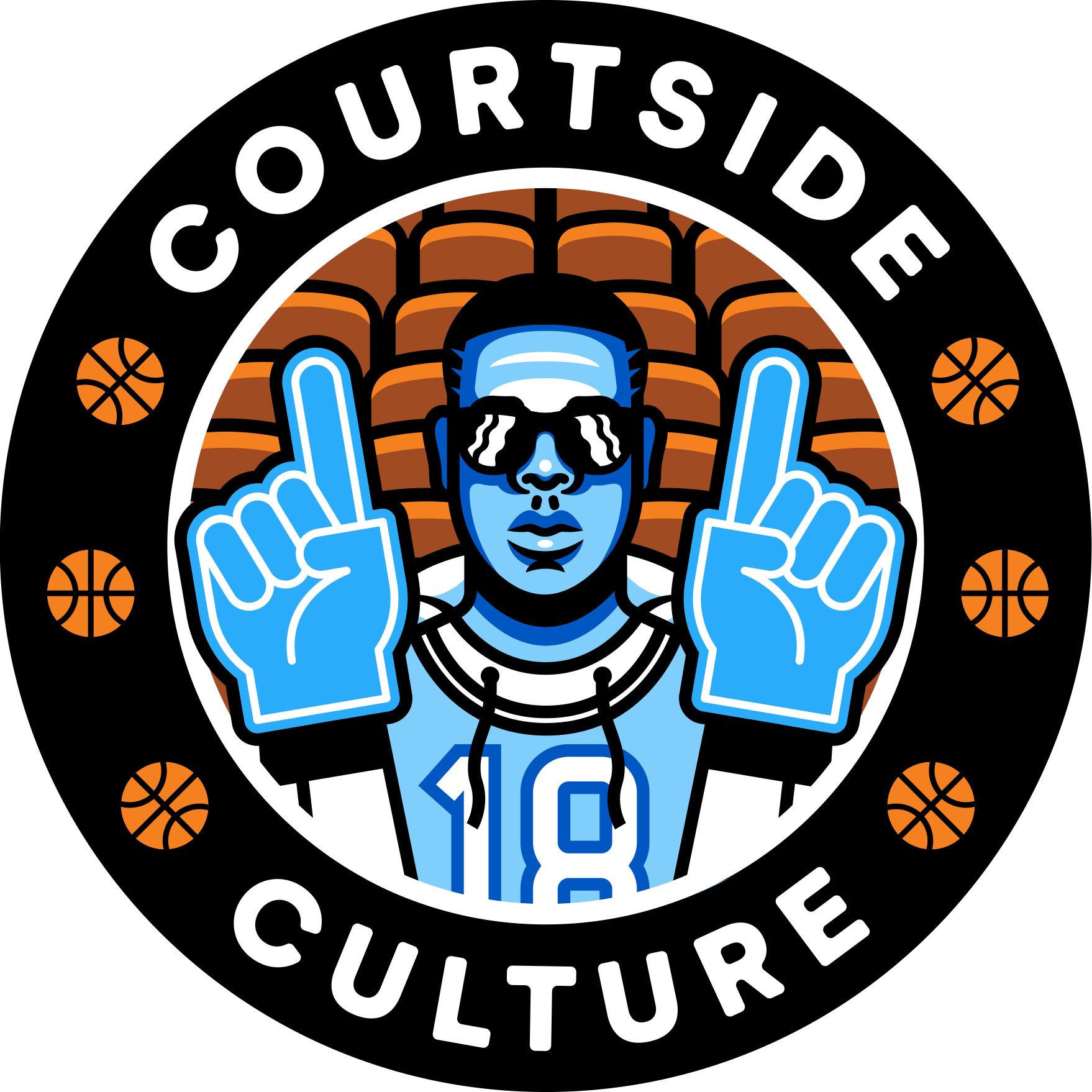 WHHW: Not exactly the best birthday gift for Meek Mill — he turns 31 on Sunday. Mill’s hometown 76ers dropped the most pivotal game of the series, falling 101-98 in overtime to the Boston Celtics. Instead of trimming the series to 2-1, with what would have been a critical Game 4 on Monday, the Sixers are on the brink of elimination. Director M. Night Shyamalan as well as Questlove were also in the building. It’s not all bad for Meek, though. His in-depth Dateline NBC interview airs Sunday at 7 p.m. EDT.

3:54 PMSouthern University is ending an era of marching band excellence after making the decision to fire band director Nathan Haymer earlier this week.

Haymer’s fate was decided days after reports surfaced alleging that the band director had violated state ethics laws by demanding personal payments from organizations after band performances, according to ABC affiliate WBRZ 2. An internal investigation followed a lawsuit in which Haymer was accused of violating a contract by requesting a “kickback” for the band to perform at an event.

Haymer confirmed the termination and maintained his innocence through a statement sent the day of his firing.

“It was my goal to uphold the prestigious legacy of the Human Jukebox by taking the band to greater heights of unprecedented success,” Haymer said in his statement. “I always took pride in being an ambassador for Southern University and at no time did I ever act in a nefarious manner by accepting ‘kickbacks’ as falsely reported by the media.

“Being the Director of Bands at Southern has indeed been the honor of my life and I will always treasure the experience. I leave our Human Jukebox in a better place today in terms of funding, equipment and popularity than ever before. Lastly, I would like to thank the students, alumni and the Jaguar Nation for their unwavering support of me and the Human Jukebox over my last twelve years as assistant director and Director of Bands.”

According to The Advocate, members of the band advocated on Haymer’s behalf, attending Southern’s board of supervisors meeting Friday morning and pleading for Haymer to keep his job.

“I know these kids and I know the love they have for him and this staff,” band supporter Jonathan Dearbone told The Advocate. “I don’t condone a wrong, but there’s so many ways to look at a situation.”

The news is sending shock waves throughout the historically black college and university band community. A 2001 graduate of Southern, Haymer earned his respect from colleagues as assistant band director before taking over as band director in 2014. The band gained even more acclaim under his leadership and finished No. 1 overall in the inaugural ESPN/The Undefeated HBCU band rankings last season.

Uh, is this Drake’s very last home game until next fall?

By Justin Tinsley @JustinTinsley
May 3, 2018 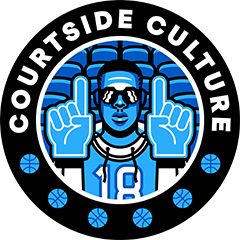 WHO: Drake and friend/head of security Nessel “Chubbs” Beezer

WHHW: Depending on what happens in Cleveland, this could very well be Drake’s last home game until next fall. Drake, much like every Raptors fan in the entire country of Canada, could only watch as LeBron James, Kevin Love and the Cavaliers cut the lights off in the house Vince Carter built, 128-110. All in all, just an unfortunate sequence of events for the Scorpion superstar, as earlier in the day Vogue released its wide-ranging and in-depth Rihanna cover story — where the singer admitted she and Drake aren’t enemies, but “we don’t have a friendship now.” Proof that “the curve” takes mercy on no man, regardless of celebrity. At least Drake and Kendrick Perkins didn’t nearly square up this time, though.

2018 Celebration Bowl is back on ABC, featuring MEAC and SWAC champs

“We are proud that once again the Celebration Bowl will kick off the college football bowl season on ABC in Atlanta, Georgia,” said Celebration Bowl executive director John Grant. “Each of the past three years we have presented exciting games that went down to the wire in determining who would claim the coveted Celebration Bowl trophy.”

It’s the fourth consecutive year that the conference champions will play. The MEAC leads the series 2-1, with both wins coming from North Carolina A&T, whose last-minute 21-14 win over Grambling State in 2017 capped the first unbeaten season in MEAC history. Grambling won the SWAC’s first title in 2016 with a 10-9 victory over North Carolina Central.

Road to the Celebration Bowl

“I would like to thank ESPN for their vision and dedication to establishing the Celebration Bowl as one of the top collegiate bowl games,” said interim SWAC commissioner Edgar Gantt. “We are excited and look forward to participating in this year’s bowl. Our student-athletes, coaches and fans have enjoyed this first-class event.”

ESPN Events, a division of ESPN, also manages the season-opening MEAC/SWAC Challenge on Labor Day weekend, another game that showcases these two conferences. The 2018 Challenge will be in Atlanta for the first time, featuring Prairie View A&M University from the SWAC and North Carolina Central University from the MEAC. The game is Sept. 2, at Georgia State Stadium, and will be televised on ESPN2 at noon Eastern.

ESPN will televise 35 bowl games, including all 14 of ESPN Events’ owned and operated contests, over 17 days, beginning Dec. 15 and concluding on New Year’s Day. The games will set the table for the college football national championship, which will conclude the season on Jan. 7, 2019, from Levi’s Stadium in Santa Clara, California.

George Lynch, who played at North Carolina and with five NBA teams, has his first head coaching job

9:49 AMWhen your last former-NBA player-turned coach wins 45 games in two years, it makes sense for you to go out and hire someone with a similar résumé.

The oft-used proverb “If it ain’t broke, don’t fix it” was obviously at play as Clark Atlanta University introduced former Philadelphia 76er George Lynch as its new head men’s basketball coach Monday. The hiring comes roughly a month after the departure of former New York Knicks player Darrell Walker, who left for the University of Arkansas, Little Rock in late March.

Lynch was a journeyman, playing for five NBA teams, including stints with the then-New Orleans Hornets and the Los Angeles Lakers. Before taking the job with Panthers, the former small forward was coaching with a Detroit Pistons G League affiliate, the Grand Rapids Drive.

20 years ago today Chris Webber called a timeout that he did not have, sealing a national championship for North Carolina. from CollegeBasketball

Look at that ball pressure! Wolverine fans have Lynch to blame for one of the biggest folds in basketball history. A senior at the time, the four-year player also took home All-Tournament and East Regional MVP honors that year as well as being drafted in the first round of the ’93 draft by the Los Angeles Lakers.

Having spent four years under the legendary Dean Smith, there’s no doubt the Panthers are hoping this translates to wins as soon as possible in Lynch’s first head coaching gig. Lynch, however, will have big shoes to fill after Walker’s short yet successful stint in Atlanta.

“It was an honor to take this interview and follow up coach Darrell Walker,” Lynch said at the news conference announcing his hiring. “He’s done a great job at leading the young men and the university. I’d like to continue their success in seeing these young men graduate and follow their dreams. That’s my goal.”

According to AJC.com, Lynch played under Walker for two seasons when he was an assistant coach with the Hornets. He turned to him about the Clark Atlanta job, which had more than 60 applicants.

3:11 PMFor some reason, a passage from The Misadventures of Awkward Black Girl, the memoir that Insecure creator Issa Rae published in 2015, began trending on Twitter recently.

It’s a funny, honest, fairly anodyne work. But it turns out that some Twitter users took offense to a passage in which Rae recommended that black women and Asian men start dating each other more. In 2014, OkCupid released a study that found that those two groups were, by quantitative standards, the least desirable groups using the service. Rae wrote a chapter riffing on this data, and three years later, someone on the internet decided this meant that Rae hates black men, and here we are.

At first glance, this is the sort of thing that merits an eye roll and little else. Classic hotep, Ashy Twitter nonsense.

Except for one small problem: Internet misogyny has a way of spilling into real life, something that writers such as Amanda Marcotte, Amanda Hess and Lindy West have been writing about for years. We have plenty of examples of men who commit deadly acts of violence in real life, motivated by hateful ideology they ingested and espoused online. There’s Elliot Rodger, the man who killed six people and then himself in 2014, because women wouldn’t have sex with him. George Sodini targeted an all-female aerobics class in 2009 for the same reason. There’s the man who threatened to bomb Utah State University because feminist gaming critic Anita Sarkeesian was scheduled to give a speech there. The latest example is Alek Minnasian, a self-described “incel” (involuntary celibate) who allegedly recently drove a van into a crowd in Toronto and killed 10 people, and who thought of Rodger as a hero.

OK, you say. But all of these guys were white. What does that have to do with hoteps? There are various strains of internet misogynists: incels, GamerGaters, pickup artists, white supremacists obsessed with the 14 Words, etc. Hoteps are just a little more specialized — they tend to be black men who hate black women, and especially mouthy black feminists. They traffic in what many online black feminists call “misogynoir.” Most hoteps can be found on Twitter because that’s where the majority of black public discourse on the internet takes place.

While they may be small in number, they are loud. You know the type: They’re the ones who say that there’s a conspiracy to lock up Bill Cosby because he was going to buy NBC.

Even in the absence of a mass killing in the vein of Rodgers or Sodini, black women still experience the highest rates of intimate partner violence of any racial group. When we normalize rhetoric based in gendered resentment toward black women, it’s a piece of a larger puzzle that contributes to their victimization. That’s why it’s up to all of us to push back against misogynoiristic vitriol. Just because the physical results of such rhetoric have yet to make nationally televised news doesn’t mean they don’t exist.