‘The Bachelorette’ brand has a major problem

if a known racist is on the cast, the fun of the show is dead

3:22 PMWhen ABC announced that Rachel Lindsay would be the network’s first black Bachelorette, many corners of the content creation world were happy. It was a progressive move for a show that was finally breaking into the full-blown mainstream of American entertainment society. The casting decision was the first one in a while that actually brought new viewers to the program. Now, they’ve got a massive issue on their hands that might be impossible to fix.

Lee, a contestant who came in playing a quick guitar riff and basically showing off his honky-tonk bona fides, is apparently super racist. I say apparently because in the past few days his tweets from not so long ago have been unearthed, and it’s like a bigot’s greatest-hits record.

I don't believe for a second that ABC didn't know Lee was a racist. #TheBachelorette

It’s a bummer on so many different levels. No. 1, this dude is still on the show. Only ABC knows how far he goes on the program. Secondly, Lee very strangely stated in the first episode that he was going to have some issues with people in the house. Mind you, there are more black contestants this year than ever. The promos for upcoming episodes have him set up to basically be a villain. That’s one thing in Bachelor Nation, but it’s quite another when the person in question is out here recklessly tweeting about how #BlackLivesMatter is a terrorist group. Non-update: It’s not. 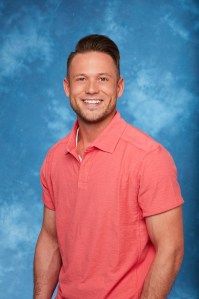 But perhaps most important is whether the creators and producers of the show were aware of Lee’s social media exploits before putting him on the show. Those tweets were from last year. It’s not like these were ancient. A casual, cursory look at his history on the site would have turned these up, presumably raising a red flag about this guy’s intentions and, hello, general demeanor.

The next step in that logic is the one that no one wants to believe: that a racist was cast on purpose. If you’ve ever seen UnReal, you know that this was an actual storyline in season two that isn’t far outside of the realm of reality, pardon the pun. For all the ridiculous arcs that are pursued on a show like this, planting a bigot in the mix is not the move, at all. It’s a super joy-killer for people who tried to enjoy this show in good faith, considering it’s TV dating.

It puts the entire premise of this season in a huge moral quandary. Are we seriously supposed to keep watching a season in which a guy who clearly hates a lot of people is the main antagonist? Never mind how he deals with Rachel, a black woman, and all that entails from a societal standpoint. It’s just not a good thing going forward at all, for a season that had so much promise.

The Bronx salutes Khalif Browder on his birthday

1:14 PMOK, so y’all know I’ll be on #TheRightTime on Friday afternoon. By now, you also know about #TheMorningRoast on Sunday mornings. But, on Memorial Day, Aaron Dodson and I will be co-hosting The Dan Le Batard Show. Yay!

Thursday was a public relations disaster, again, for the White House. President Donald Trump managed to create fiascos on, like, four different fronts after getting into a handshake battle with France, pushing aside Montenegro‘s prime minister and calling Germany a bad country. Then, at the end of the day, we found out that Trump’s son-in-law is part of the focus of an FBI investigation. Oh, and on top of that, Trump decided to bad-mouth NATO, all of which ended in what many people are calling a completely disrespectful speech.

Thursday would have been Khalif Browder’s 24th birthday. If you don’t remember, he was the kid who was locked up at Rikers Island for years with no charges and eventually killed himself after he was released. His life and death are an example of the worst-case scenarios involving the penal system in this country. Jay Z ended up making a documentary about his life. Thursday in New York, the Bronx renamed a street after Browder with a ceremony that included his family. I get angry every single time I think about how he had his life stolen from him by the New York Police Department.

When I was a kid, sick days from school meant watching The Price Is Right. Yet, while it’s not the greatest American game show of all time — that’s Family Feud — it is in the top five. And within that show, the single greatest prize game in TV history is obvious. That would be Plinko. And earlier this week, some guy broke the all-time scoring record for the pegboard contest that everyone loves. The guy who did it couldn’t be more adorable, and his 15 minutes of fame have been quite fun.

If you’ve heard me on the radio recently, you know how I feel about LaVar Ball. His dustup with Kristine Leahy was a bad look, not to mention his insensitive comments about Kyrie Irving’s mother. But he is a man about his business. And as I’ve said many times, his Kardashian business model is one that I love in theory and like in practice. Can’t wait for the Balldashians. Magic Johnson agrees with me. Now, there’s a separate question about whether these two families can even coexist within the Los Angeles Lakers organization.

Coffee Break: Some people think Lil’ Yachty is everything that’s wrong with hip-hop, from his moniker to his mumble rap style to his lack of concern for the old school. Frankly, that’s all nonsense, IMO. I like the young man. He’s got a new album out called Teenage Emotions.

Snack Time: Um, there’s a new collaboration between Drake’s OVO and the Clarks shoe company that you can go ahead and buy if you’re trying to get your pimp wizard game on this summer.

12:56 PMAnother reminder: I’ll be hosting The Right Time with Bomani Jones on Friday, so be sure to tune in to ESPN Radio from 4-7 p.m. EST. Really looking forward to it, kiddos!

I don’t know what Ben Carson’s problem is. He is one of the worst types of people when it comes to being in power. He blames poor people for their own problems, as if systemic income inequality isn’t a real thing, and it’s infuriating. Not everyone can just make it out of bad situations because they want to. There are very real obstacles to upward mobility in this nation, so his arbitrary declaration that poverty is a state of mind is ignorant and harmful. Ugh.

At this point, every time Barack Obama speaks, it’s a blessing. The 44th U.S. president is such a far cry from who we have in the Oval Office now, and it’s almost weird to see a politician talking with a measured calm. Everything from Capitol Hill and the White House seems so hectic and harried that you have to wonder who’s in control at all. Earlier Thursday, during an appearance in Germany, Obama said a wall on the Mexico border is straight up not the answer.

The NFL is shortening overtime. Why? They say that 15 minutes is just too long and increases risk of injury. Sure. But presumably this situation will lead to more ties, which are always supremely weird in the league. Totally unsatisfying. It’s the second semi-major overtime modification that the shield has put in place in the past five seasons, but if you do the math, will it really lead to more ties? The answer is likely yes. Awesome.

The Lonzo Ball situation is not improving. He’s decided that he’s only working out for the Los Angeles Lakers, which is something that could eventually crush his draft stock. Sure, he’s a good player, but these kinds of shenanigans are starting to look bad. He clearly wants to play in Los Angeles. Yet, by basically boxing out every other team in the league, he might be screwed if the Lakers don’t actually decide to pick him. You live, you learn.

Coffee Break: One of the best things about California is the driving. But one of the scarier things about the state is the weather and climate situation. So when you read that a mudslide took out a large part of the Pacific Coast Highway, that is not a good omen.

Snack Time: Podcasts are all the rage right now, in all forms. It’s basically the premier form of personal entertainment. But could they possibly lead to the mainstreaming of audiobooks?